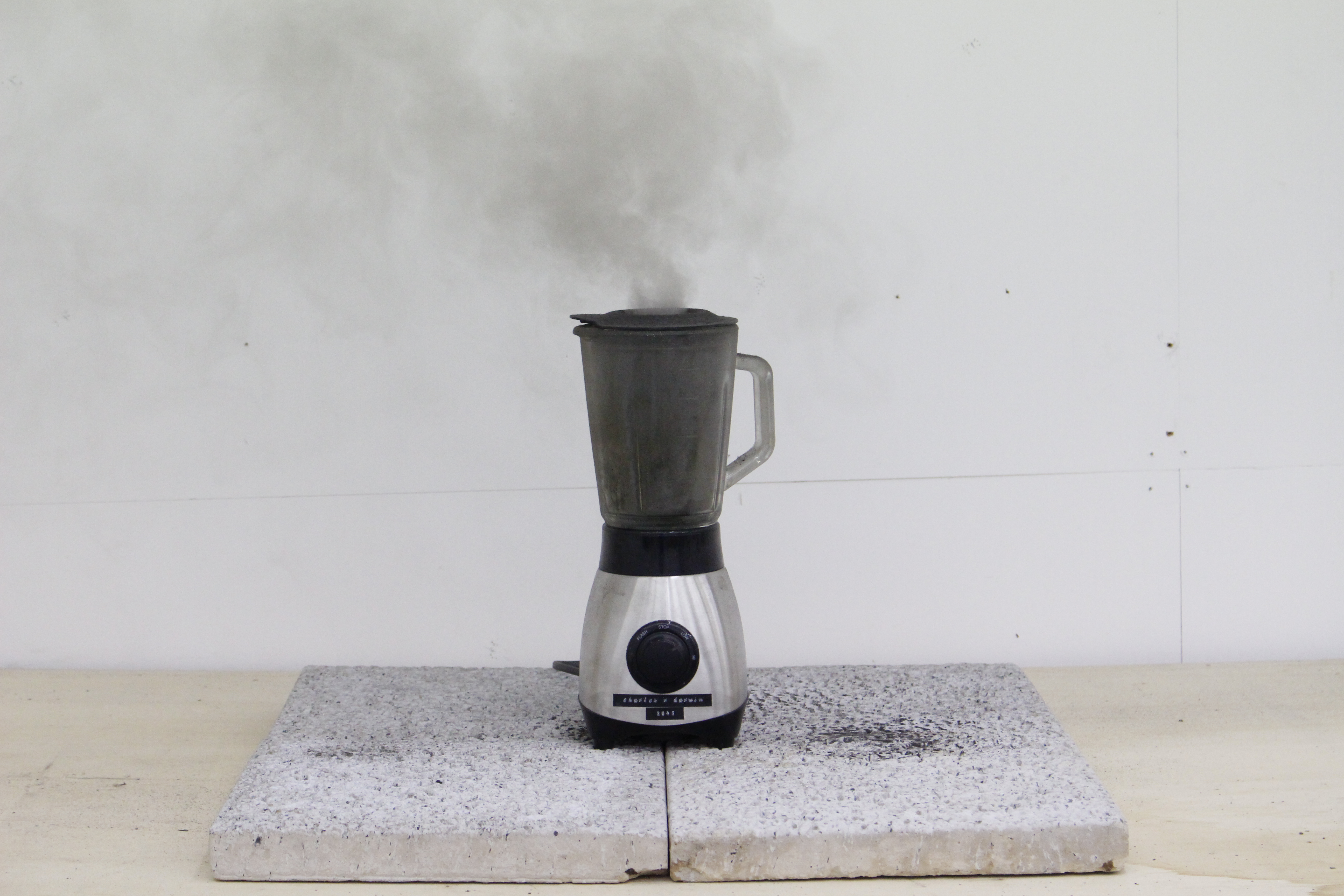 When I presented my last work "Stone’s belly button", I designated a stone as a gene. And this time I designated the ashes of photos, books, newspapers, etc. as a gene. A mixer stands on a stone slab and spits ash on it. This lasts until the ashes are at the end and then new ashes are poured in. This makes this situation look like a fertilization. 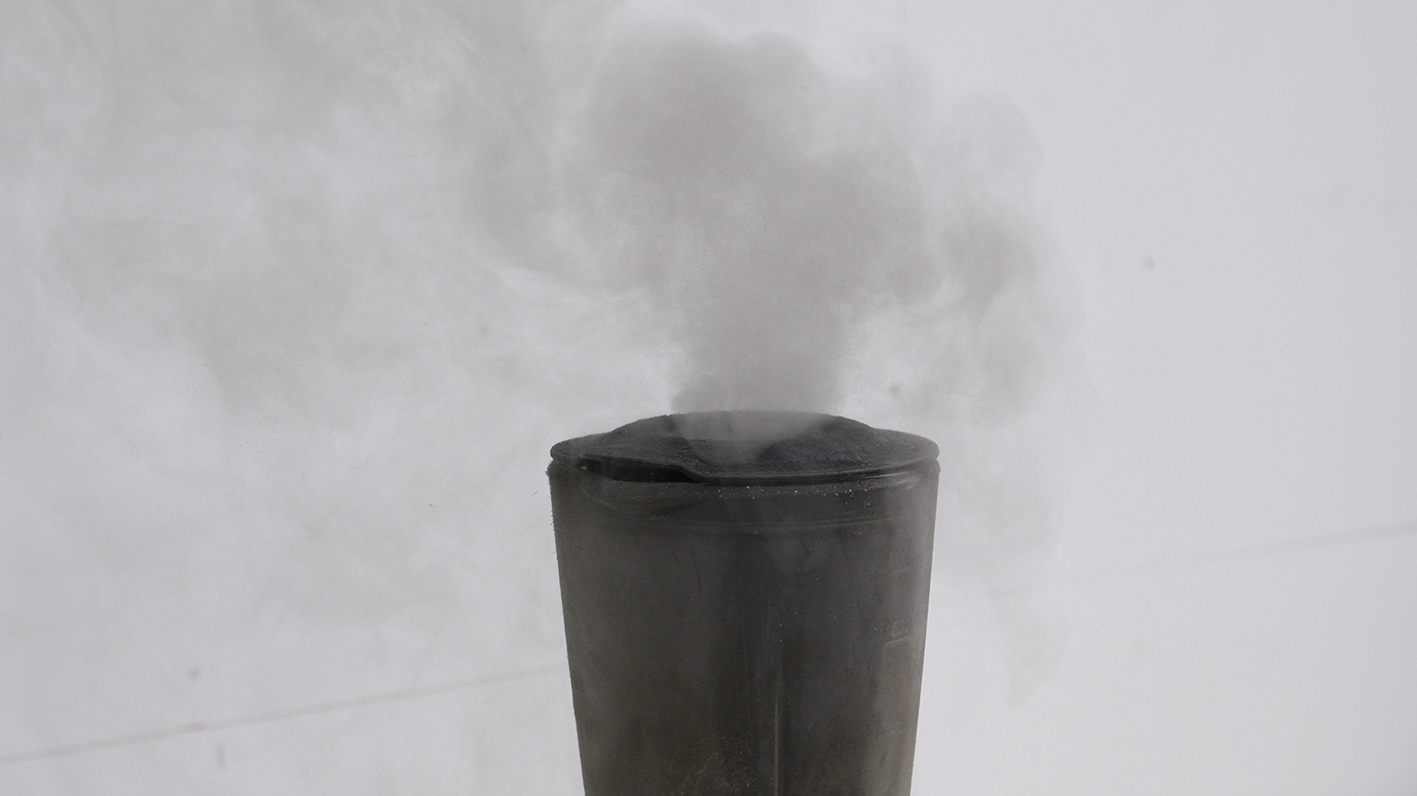