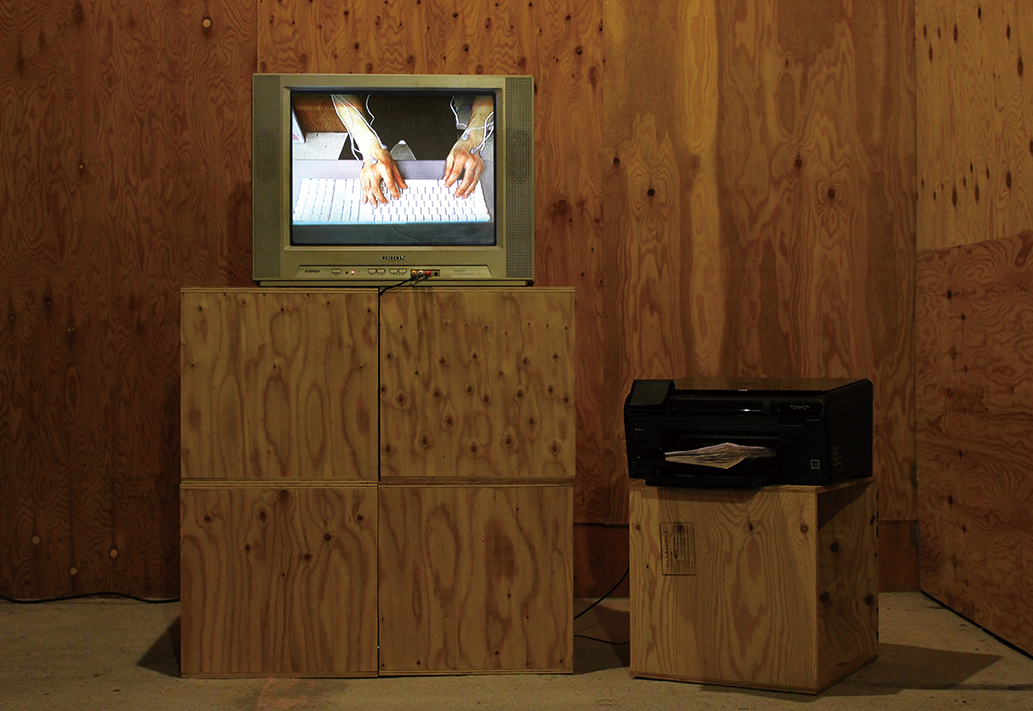 This work is an installation composed mainly of images that record the daily behavior of three people, an artist, a cook and a euphonium player.
In Japan the "Akashic Chronicle" became known through one of the Nostradamus ’prophecies. According to her, "a great King of Terror" would descend from heaven in July 1999, heralding the approaching apocalypse. It is supposed that the "Akasha Chronicle" writes about all events in the past, present and future in this universe. The "Akasha Chronicle" connects with the subconscious of all people. This is why it is also known as "the Unlimited Library", "the spiritual supercomputer that records everything that has happened".
The current from the machine "the bow genesis system" flows through the muscles and inevitably changes behavior. This is where the bugs appear. I tried to rewrite the document of the "Akashic Records" with the machine, which does not receive any influence of consciousness or unconsciousness from people.  The machine "the bow genesis system" was made from an electric massage machine, so electricity flows (using it hurts a little but not too much. I had asked a doctor beforehand what helps against muscle pain in the arms). The current has been programmed so that it does not flow in an orderly fashion. This means that you can no longer control your arms. And I recorded such situations in the protocol of the experiment. Buggy Text prints irregularly documents from the printer next to the monitor. 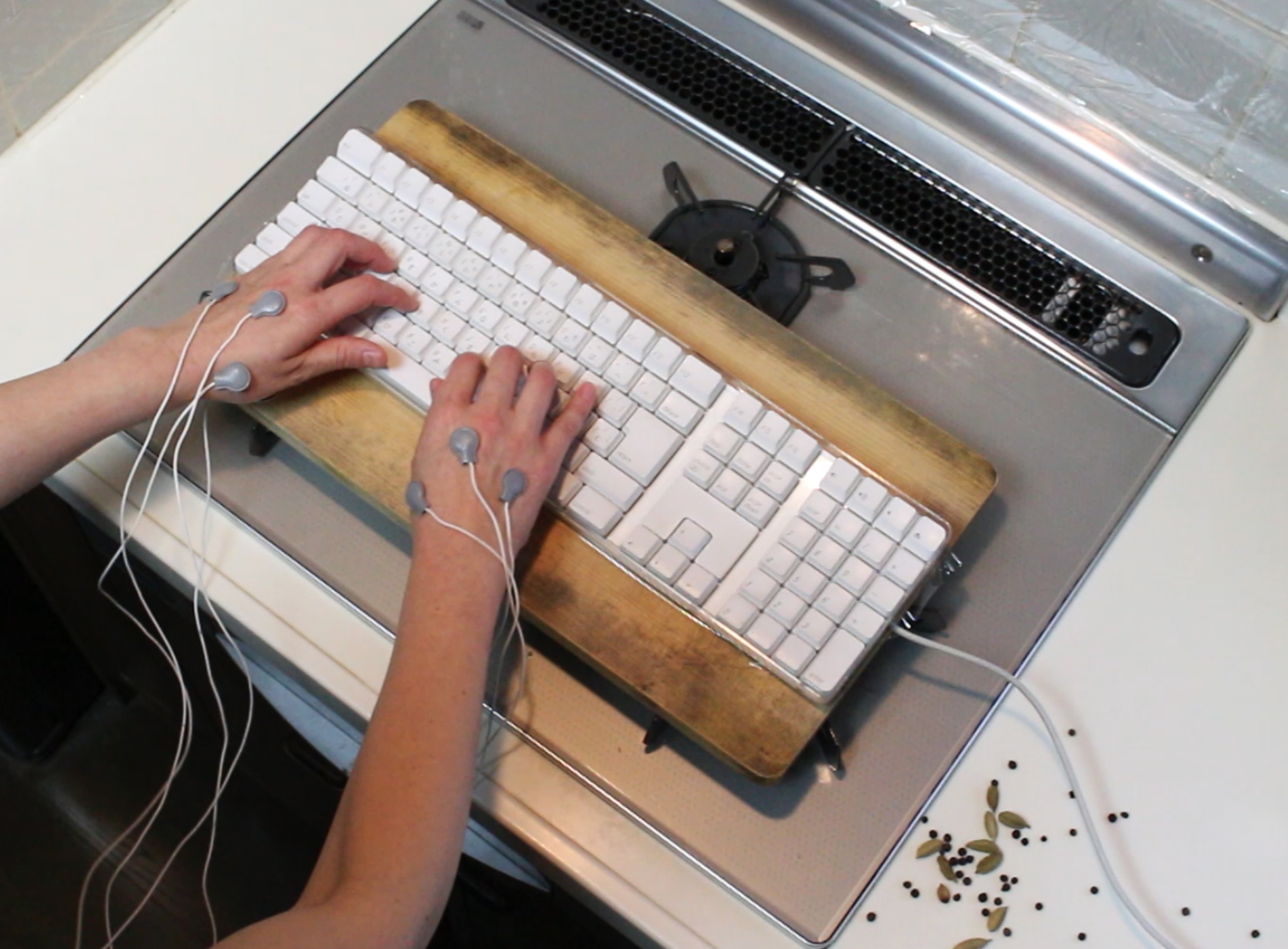