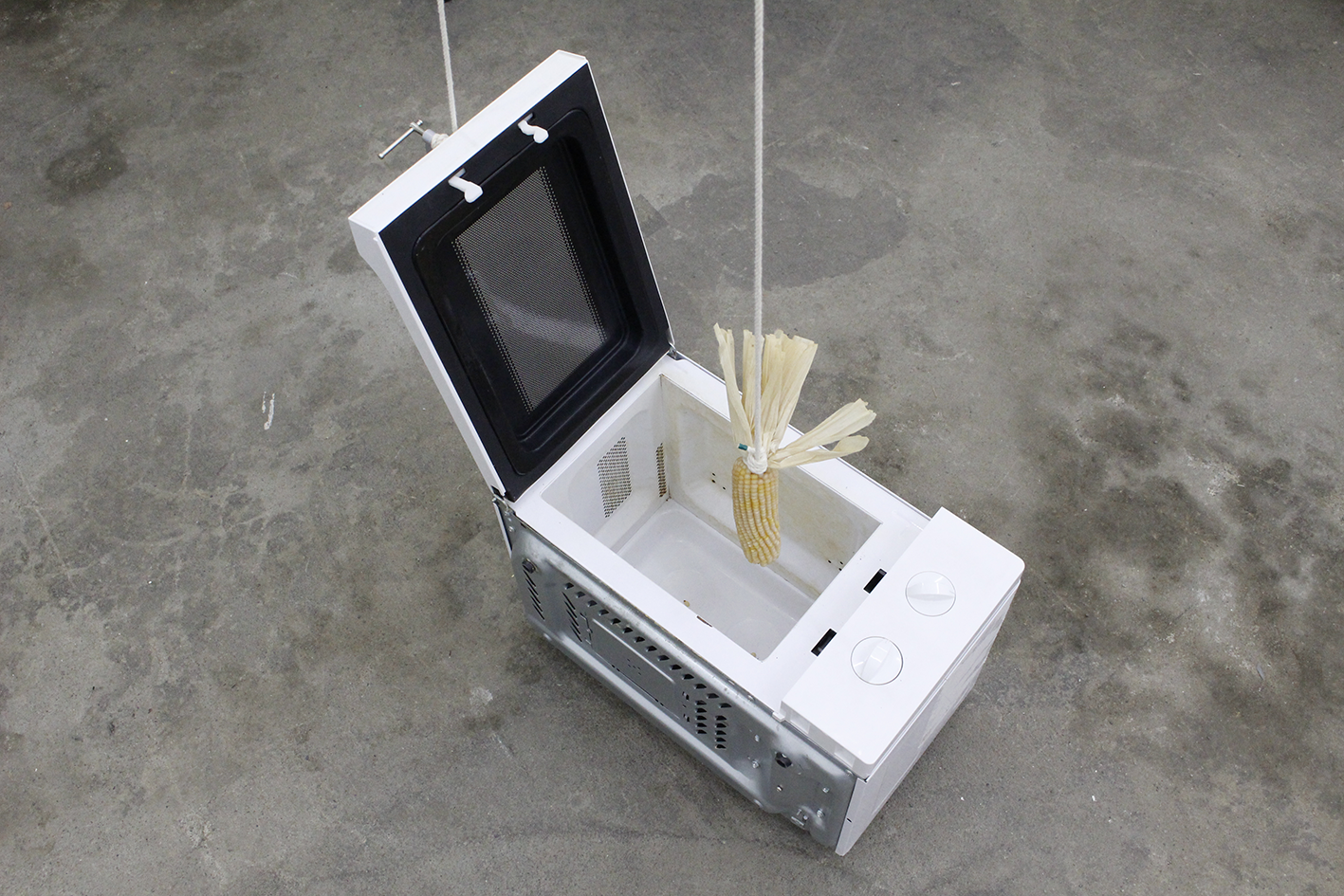 In this work I showed part of the female, so she doesn't move at all. A living being has heat because heat is a result of the consumption of energy. So this plant has a function to warm something but can only wait for a male to come to it.