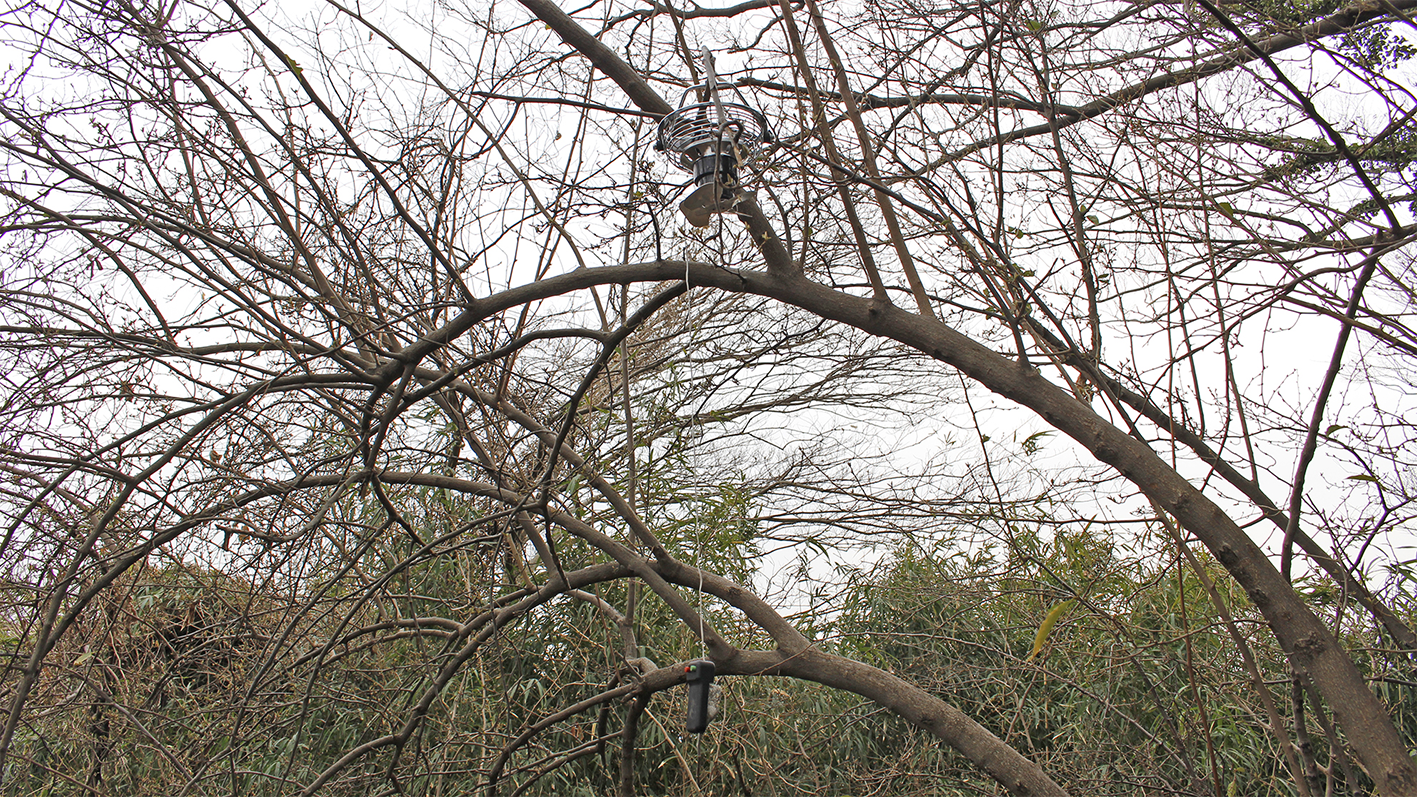 A small fan is connected to a joystick to which a stone is stuck. And the fan works until the stone hits something or the battery runs out. 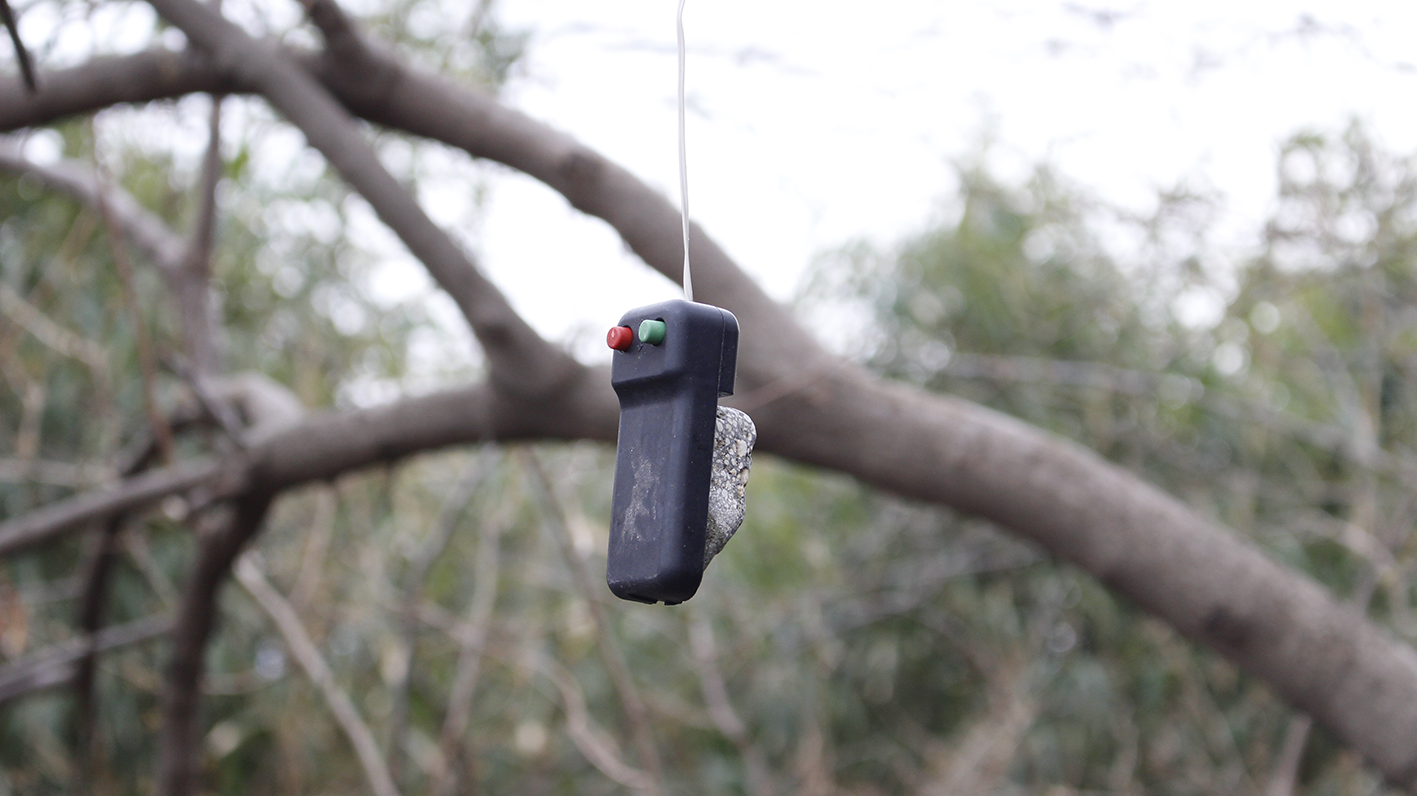